Anterior cruciate ligament injuries are among the most common injuries in the active population. Roughly 200,000 ACL injuries occur annually in the United States, many of which undergo surgical reconstruction. Prior to surgery, the patient has a choice as to what type of tissue they would like their ACL to be replaced with. Often the patient follows what their orthopedic surgeon recommends without asking questions or doing prior research.

There are several factors to consider when selecting a type of graft.  Individual factors of the patient include age, lifestyle, goals, activity level, and comorbidities. Characteristics unique to the graft include biomechanical properties, biology of healing, graft harvest, fixation strength, and graft site morbidity.

Analyzing pros and cons of graft selection can be difficult due to the variability in studies with respect to surgical technique, graft fixation method, tunnel positioning, rehabilitation protocol, allograft preparation and sterilization, outcome measures, and bias.

The most common ACL graft choices available are:

HOW ARE THE DIFFERENT GRAFTS HARVESTED? 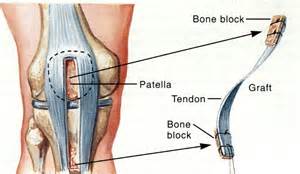 Patellar tendon autografts are also referred to as Bone–Patellar Tendon–Bone (BPTB). This technique requires 1 or 2 incisions to the front of the knee. The graft is then harvested by taking a small piece of both the patella and the tibial tuberosity with a bundle of the patellar tendon in between. This creates the bone–patellar tendon–bone graft. This type of graft harvest has the highest donor site morbidity contributing to anterior knee pain, pain with kneeling, and difficulty regaining hyperextension in the early phase of rehab. 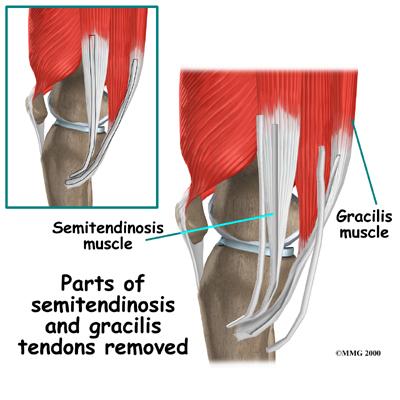 Hamstring tendon autografts follow a standardized technique in which a small incision is made to the back of the knee with careful dissection of the fascia. A quadrupled hamstring tendon or the association of the hamstring and gracilis tendons are then harvested. This type of graft does not use bone plugs and spares disruption to the extensor mechanism. 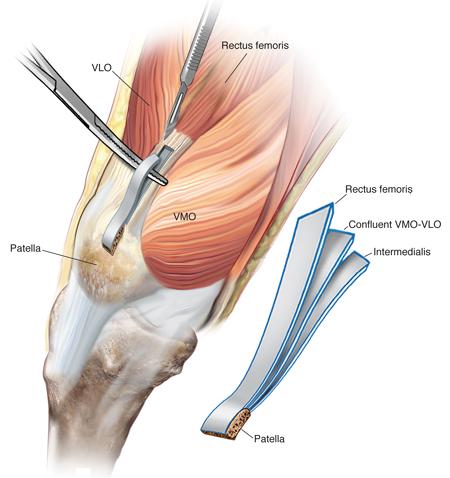 Allografts are harvested from cadavers. The tissue is then prepared and sterilized to ensure it is free of contamination prior to implantation. Some sterilization techniques can weaken the graft so be sure to discuss this process with your surgeon if an allograft is the best choice for you.

One benefit of the patellar autografts is the bone-to-bone healing within the tibial and femoral tunnels, which is similar to fracture healing. Bone-to-bone healing is stronger and faster than soft tissue healing. The graft bone can be healed to the host bone within 6 weeks. Comparatively, soft-tissue grafts heal within 8 to 12 weeks.

Following implantation, the graft undergoes incorporation in which the current properties of the graft become more like the properties of a native ACL. During this time the graft experiences degeneration, revascularization, and maturation. During the final phase of graft healing, the collagen structure is remodeled into a more organized pattern with improved mechanical properties allowing for the graft to function like a native ACL.

Allografts, compared to autografts, have a lower rate of biologic incorporation. This slows the rehabilitation process and can be disadvantageous for individuals looking to return to sport in a timely manner.

WHAT DOES THE EVIDENCE SHOW?

There are a few factors to consider when selecting the optimal graft: graft strength and joint stability, re-tear rate, patient function, and return to sport. Remember, the best graft choice is variable and dependent on patient specific characteristics.

A meta-analysis of 6 randomized controlled trials compared the stability of hamstring tendon autografts to BPTB autografts. 423 patients were followed for a minimum of 2 years after surgery. There was no significant difference found for the Lachman test. BPTB was found to have a significantly decreased risk of a positive pivot-shift test compared with the HT graft.2

A prospective randomized study compared the stability of BPTB autograft to BPTB allograft with an average follow-up of 5.6 years. No significant difference was found for the Lachman test, pivot-shift test, mean laxity with arthrometer testing, or percentage of knees with greater than 3 mm of laxity on arthrometer testing.3

Although the quad tendon graft is the newest option with significantly less research behind it, there are some studies that support its efficacy and suggest that it is of comparable strength to the BPTB graft. One study found that anterior knee laxity was equal between the QT group and BPTB group. The quad tendon group reported significantly less anterior kneeling pain compared to BPTB group.4

Despite reported stability objective measures, re-tear rate may be a more functional measure of graft strength.

Allografts have been shown to have a higher failure rate compared to autografts, especially in the younger more active population.

However, another study found that BPTB allografts that were not chemically processed or irradiated had the same failure rate as BPTB autografts in patient <25 years at a minimum of 2 year follow up.10

Another study looked at 144 patients with either BPTB autografts or QT tendon autografts and found similar results. The patients were followed for a minimum of 2 years following surgery. The results regarding anterior joint laxity, quadriceps strength, and reported function were similar between the two groups; however, the BPTB group had an increased prevalence of reported anterior knee pain.12

♦ Pros: strong graft comparable to BPTB without anterior knee pain, may be harvested with a bone plug

♦ Cons: not as much evidence supporting long term outcomes

Graft selection should not be overlooked prior to undergoing ACL reconstruction. There is evidence to support the use of all four graft types depending on patient specific characteristics. Be sure to discuss with your surgeon current lifestyle and what type of physical activity you wish to engage in the future.